A father shark and a his son were swimming round one day when the father shark spotted a life raft full of people.  The little son shark asked, “Can we eat them, Daddy?”  The father shark replied, “Yes son, but there’s a particular way we re going to do this.  We’re not just going to swim over and attack.  I want you to circle their raft nice and slow with your dorsal fin just poking out of the water. ”  The son did this.  Circling closer and closer, jutting his dorsal fin out of the water a bit more with each pass.  Once the little shark was close enough and on his father’s command the two sharks attacked and ate the people.

Later the son said, “Daddy, those people were good.  Why didn’t we just swim over and eat them right away?”  The father replied, “Because they sure taste better if you scare the crap out of them first.” 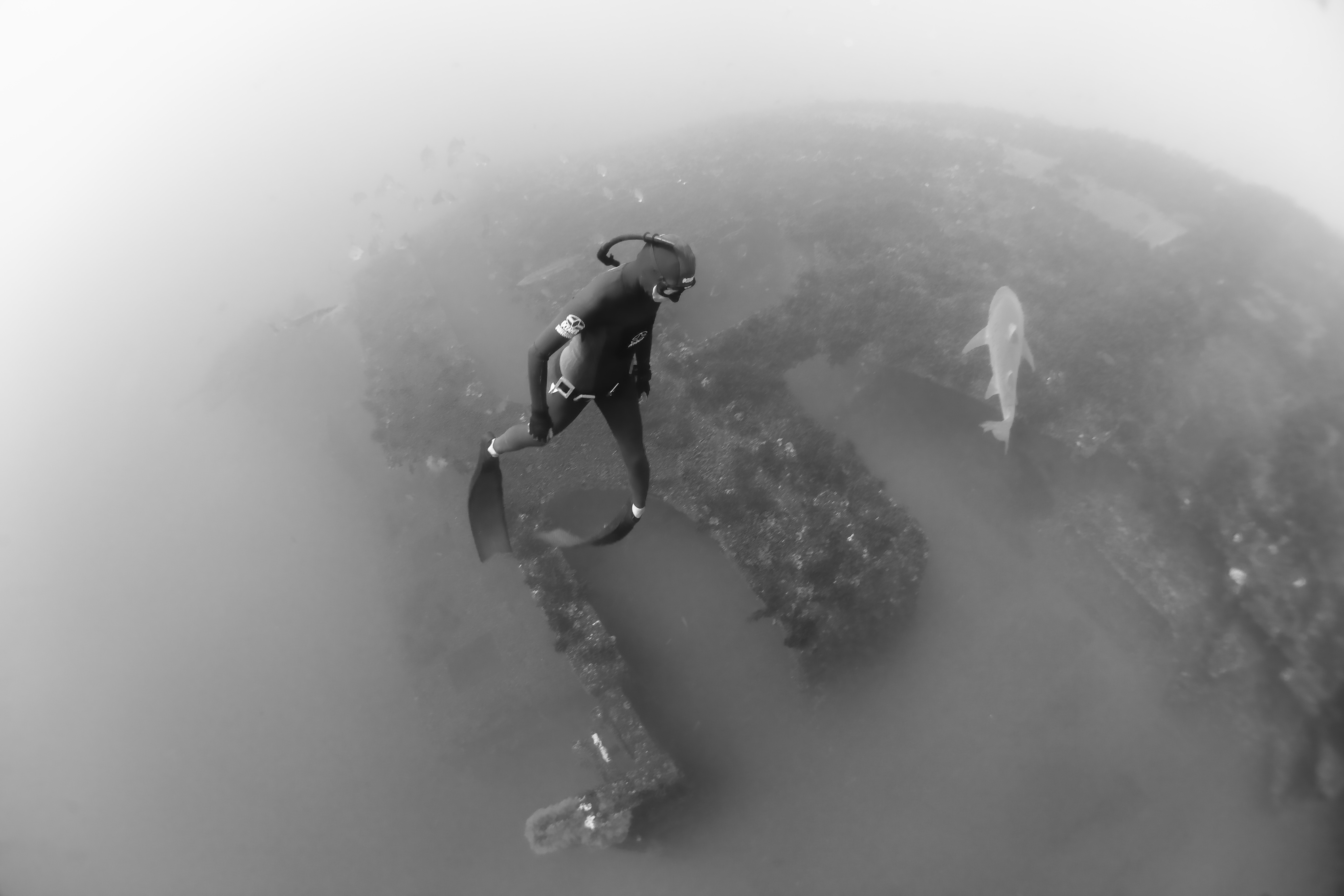 Sandtiger shark off the coast of NC. Come shark diving with Evolve!