news isn’t new hot off the press anymore I am just now in a position to present it to you on this forum as travel has gotten in the way of my USFA blog obligations.  As you may have heard the 2013 Suunto Individual Pool World Championships in Belgrade was a record breaking event on several accounts.  The Russian Monster (affectionately dubbed by every one of her competitors, if you can call anyone diving against her a competitor), Natalia Molachanova not only pulled gold me

es, 2 second hold was enough, imagine that, to beat all of the men in the competition as well.    She also broke both the dynamic world record, previously her own with a swim to 234 meters and reclaimed the dynamic no fins record swimming 182 meters, a record previously held by Ita

lian Ilaria Bonin.  Bonin captured the record from Natalia just 7 months ago before the 51 year old Molchanova took it back.

You can read more about the overall results of the competition in a concise, informative and well written article by USFA’s very own Francesca Koe on the Deeper Blue Forum.  But I want to focus on something else.  I want to get back to Bonin for a second.  I don’t know Ilaria personally and I certainly don’t know about her training schedule, 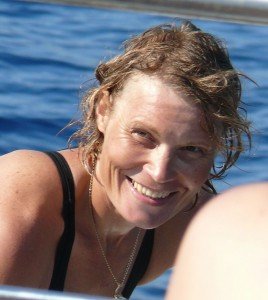 dedication or any other factors relating to her freediving.  What I do share with the Italian diver is the disappointment over having worked hard enough to procure a world record and have it whisked away, knowing the fruits of your labor are par for the course for the Russian monster.  Imagine Ilaria’s disappointment when Natalia not only took her record back but also earned two more in the same competition, making the very act of breaking a world record seem mercurial.  Unbeatable is what she is called.  Bonin and I both know that she can b

e beaten, but only temporarily.  I’ve worked the past two years on earning the constant weight no fins world record, held now by Natalia.  Not only do women like Bonin and myself have to earn the record but we have to maintain the record.  For us it is a full time job trying to master just one discipline, answering back to Molchanova every time she decides to swab the deck with our efforts and reclaim a record.  Hoping all along that she’ll have mercy and just break it by a meter.  Giving us a ghost of a chance to get it back for a split second.

Natalia is a very warm, approachable athlete.  Accompanied by her son, Alexey Molchanov, a force on his own account, she becomes more human next to Alexey’s joking and bantering.  However, she commands respect.  Natalia’s success in the sport of freediving, her success in elevating the sport and competition to what it is today demands our attention.  It demands that we look at her in reverence and also as students, gleaning whatever we can from watching her technique. Maybe the relative lack of proximity to the rest of the world, being all the way in Russia,

and the language barrier add to the je ne sais quois** that is the Russian Monster.

What I have learned, watching the 2013 Suunto Individual Pool World Championships, pregnant, unable to compete from my sailboat in the Carribean is that Natalia has something the rest of us need.  At 51 it’s not ju

st impeccable physical conditioning lending her success.  The female, Michael Phelps of freediving has mental stability, control unparalleled amongst all the other athletes in the sport.  She is, as Beowulf’s Grendel, “…the brute existence by which [we] divine [ourselves].”  People keep asking me if I’m worried that I cannot compete this year.  I tell them all the same thing, “No way!  We’re having a baby, that’s the adventure.  Plus, look at Natalia, like a fine wine I’ll only get better with age.”